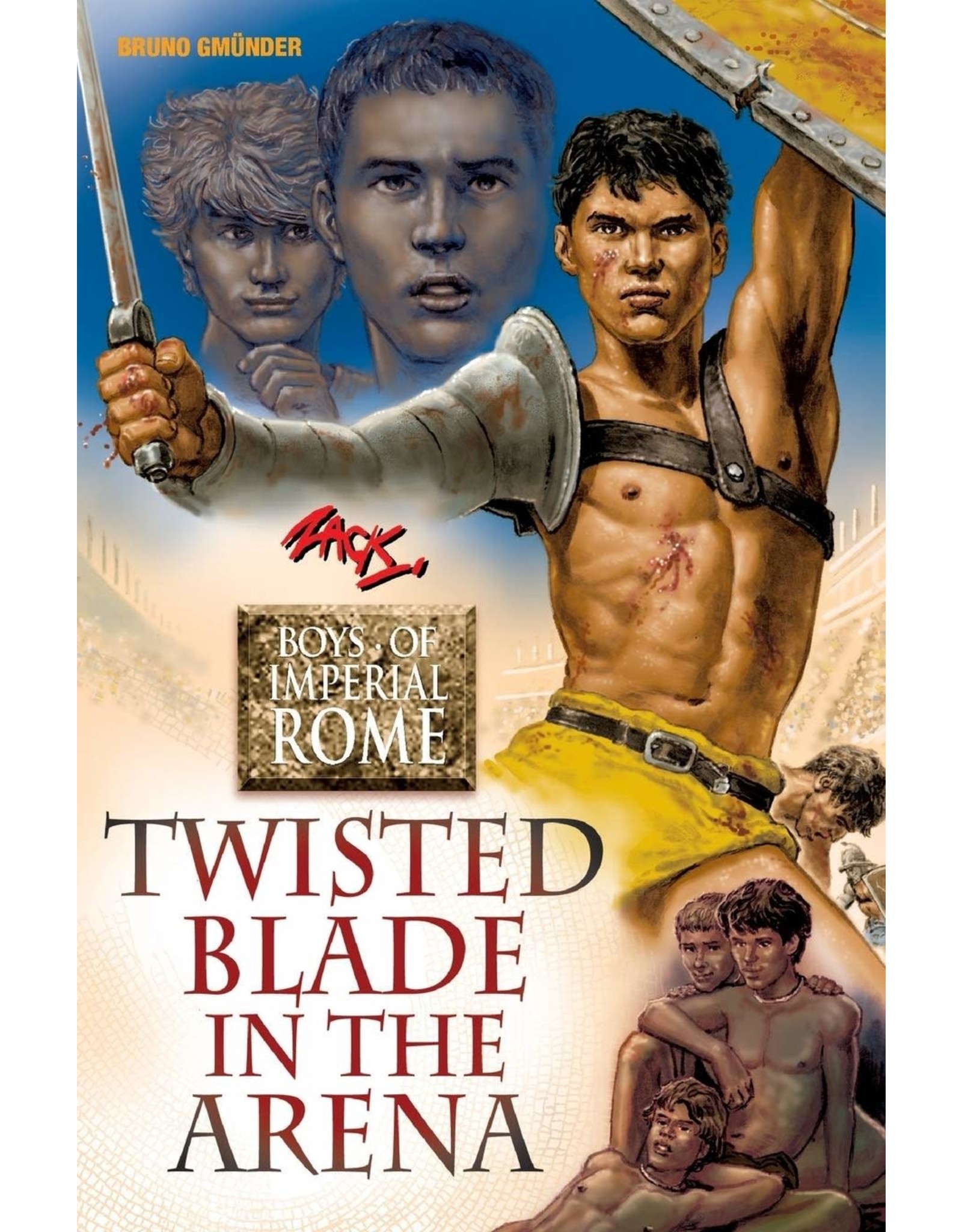 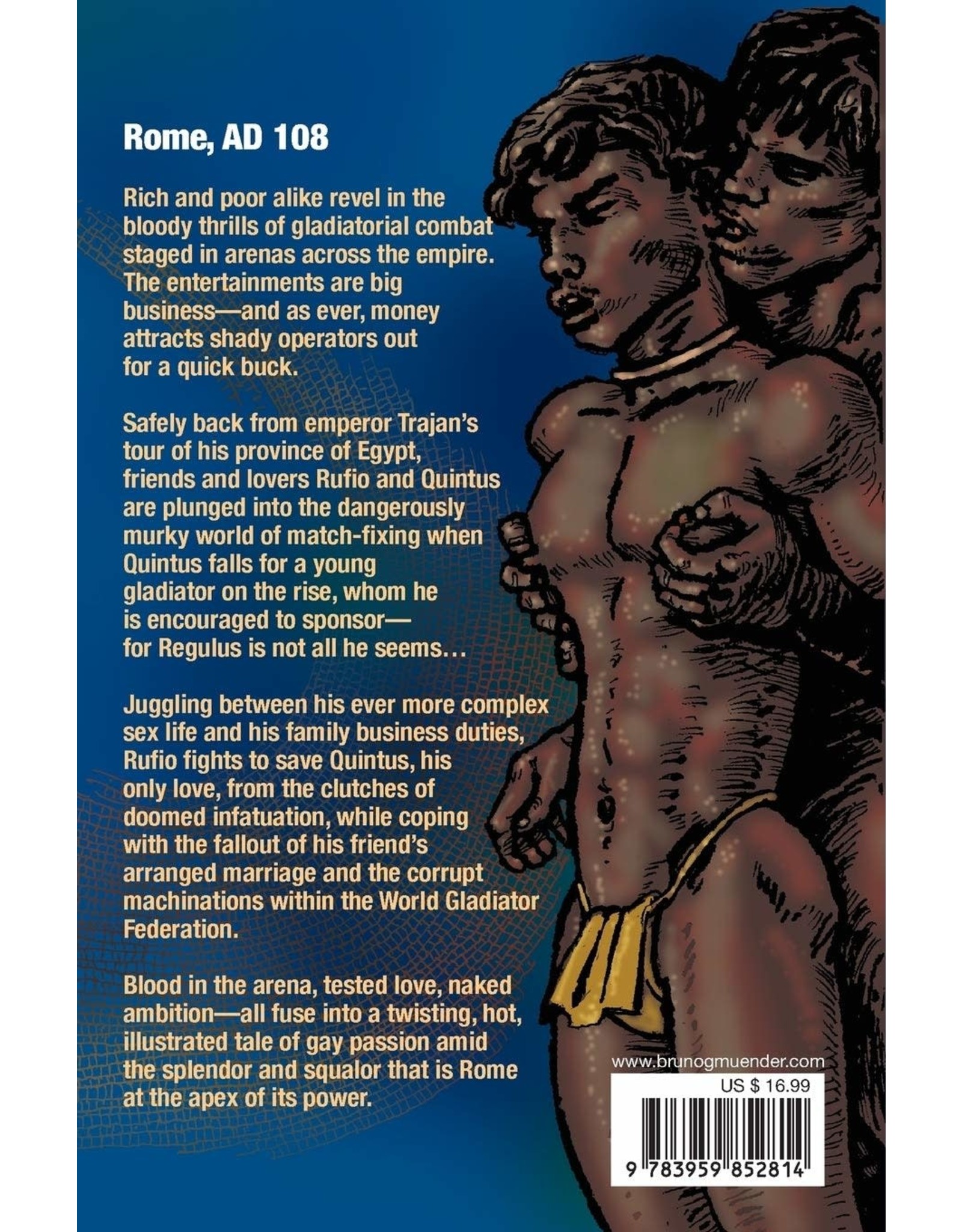 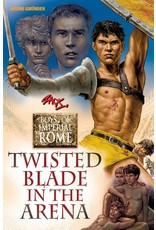 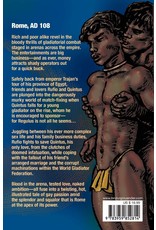 Twisted Blade in the Arena (Boys of Imperial Rome)
By Zack

The Roman Empire, AD 108: Rich and poor alike revel in the bloody thrills of gladiatorial combat staged in arenas across the empire. The entertainments are big business―and as ever, money attracts shady operators out for a quick buck. Safely back from emperor Trajan’s tour of his province of Egypt, friends and lovers Rufio and Quintus are plunged into the dangerously murky world of match-fixing when Quintus falls for a young gladiator on the rise, whom he is encouraged to sponsor―for Attilius is not all he seems… Juggling between his ever more complex sex life and his family business duties, Rufio fights to save Quintus, his only love, from the clutches of doomed infatuation, while coping with the fallout of his friend’s arranged marriage and the corrupt machinations within the World Gladiator Federation. Blood in the arena, tested love, naked ambition―all fuse into a twisting, hot, illustrated tale of gay passion amid the splendor and squalor that is Rome at the apex of its power.

Born in Switzerland, Oliver Frey a.k.a. Zack attended the London Film School, supporting himself as a comic-strip illustrator and later plunged into gay art and publishing. Innumerable illustrations poured from his pen and brush for British magazines “HIM International,” “Vulcan,” “Teenage Dreams,” the “HIM Gay Library” series, and “Mister” magazine. For HIM he created the mold-breaking Rogue comic strip and later “The Street,” which was part of the inspiration behind cult TV series “Queer As Folk.” The Internet has spread his reputation to an enormous global fan base through many sites and blogs. Some of his comic-strip work has been published recently by Bruno Gmünder. As Zack, Frey has taken gay erotic art and comics to new dimensions. He lives with life-long partner Roger Kean. British-born author Roger Kean, who met Oliver at the London Film School, has had careers as a movie cameraman, film editor, journalist, and magazine and book editor. For several years he edited “HIM” magazine and together with Frey later founded a stable of seminal videogame magazines, notably Britain’s bestsellers “Crash” and “Zzap!64.” As an author he has written books on historical subjects both factual and fictional, and gay fiction, including.